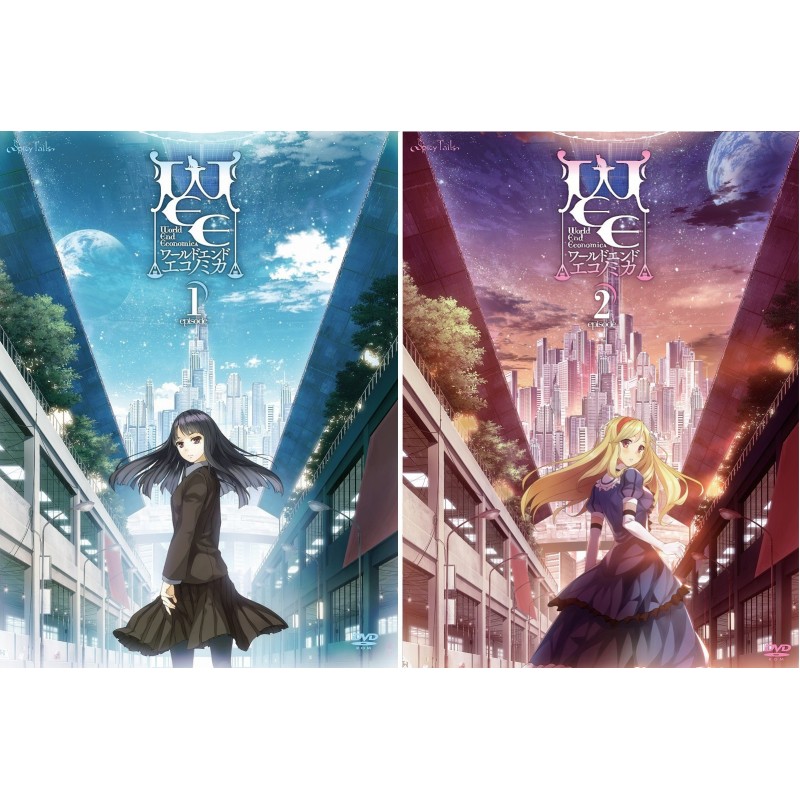 Package including World End Economica 1 and 2.

Roughly 16 years after the people who emigrated to the moon had settled themselves.

An age where a great number of people are chasing their wild dreams within the great skyscraper at humanity's frontier.

A young boy named Haru, born and raised on the moon, is one of those people chasing his wildest dream.

His dream, is to stand where no man has before.

In order to do so, he needed capital. A ludicrous amount of capital.

The boy named Haru was facing a place that gathered up people's desires since the past century. Sometimes it granted them, and sometimes it crushed them mercilessly.

There are only two key rules that govern that land.

The first rule, is to never take a loss.

The second rule, is to never forget the first.

From the creator of Spice and Wolf, Isuna Hasekura, comes World End Economica 2. Haru woke up with his life but without his dream. 4 years after the incident, he finds a new cause, as a driven young lady offers him a chance to return to investing and to find justice.